Shoot for the Troops is a 501c3 (Id #82-2024344) non-profit organization, our mission is to support active military, veterans, and their families deployed or stateside who are in need of resources due to economic or special hardships. Shoot for the Troops hosts a trap shoot event annually to raise funds for military families in central Minnesota. 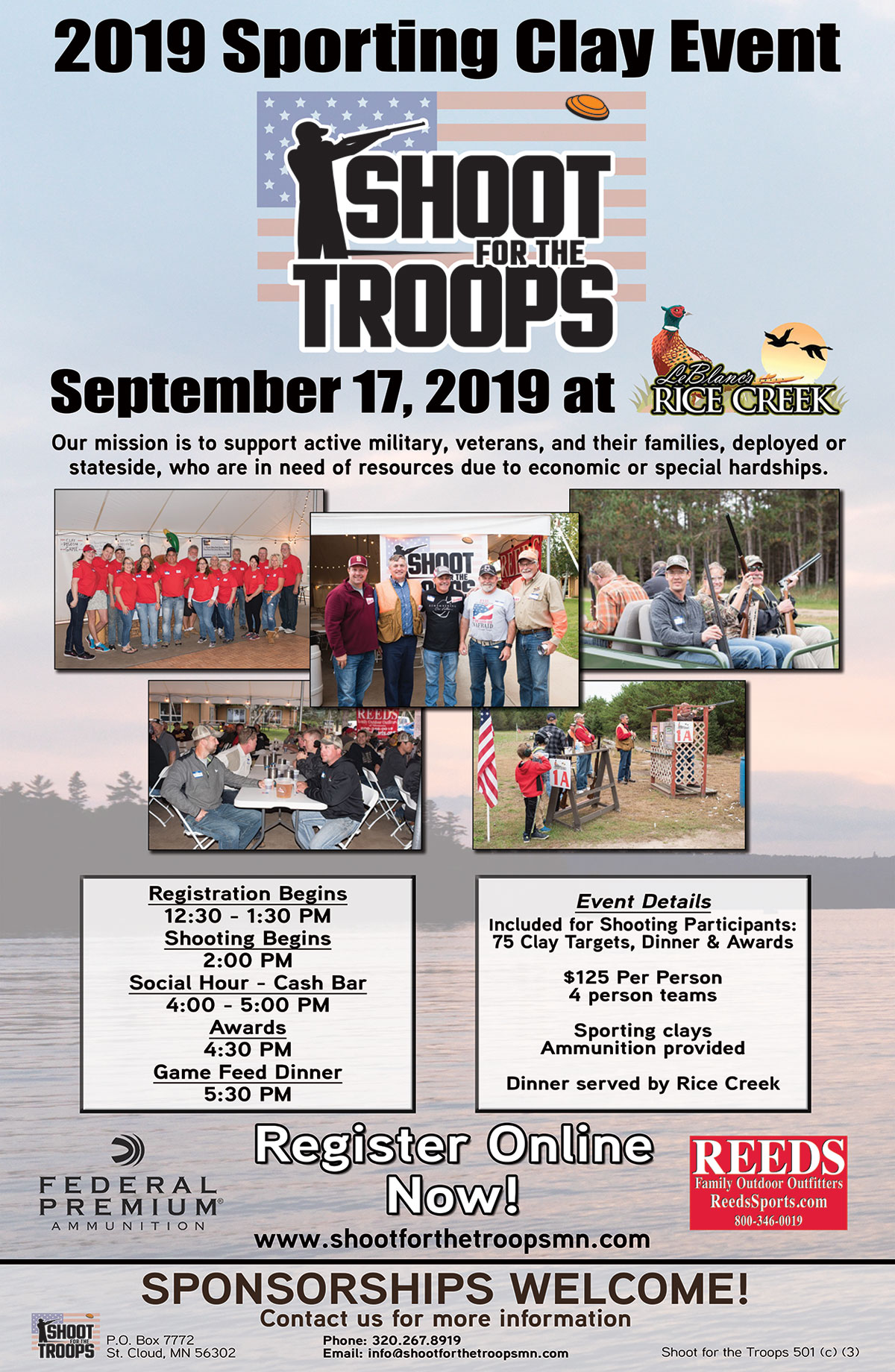 MNB Shoot for the Troops from Ron Schara Productions on Vimeo.